Headlines of the British Social Attitudes Survey (BSAS) for 2016 were released this week showing the growth of non-religious. (1) The media has covered them widely. Those responding ‘no-religion’ to the question on religious affiliation were 52.8% of the interviewees (weighting corrected). This is the highest figure reported by the BSAS since it started in 1983. The Scottish Social Attitudes Survey shows an even higher figure of 58% non-religious. (2) 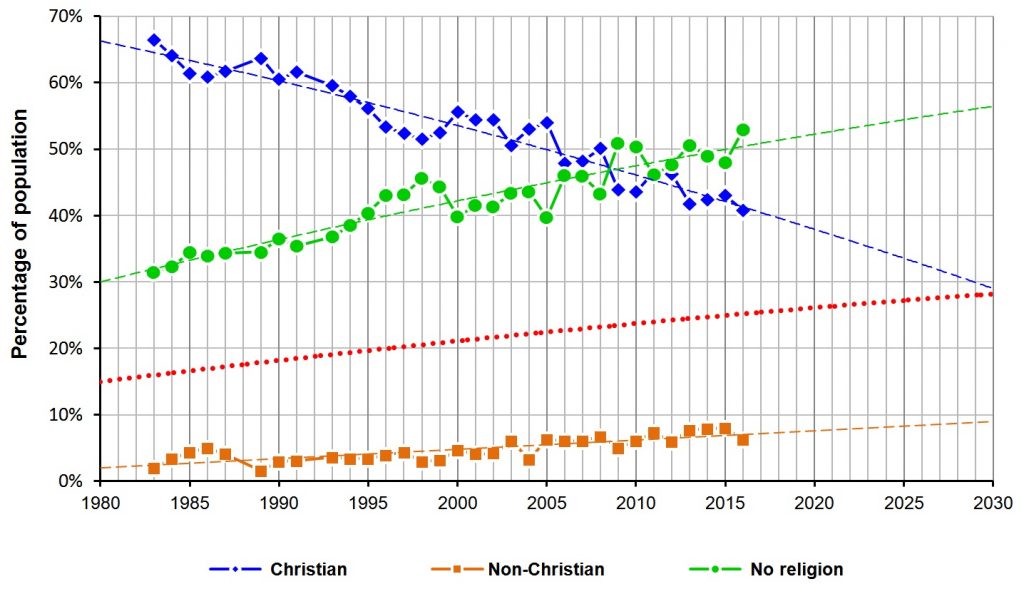