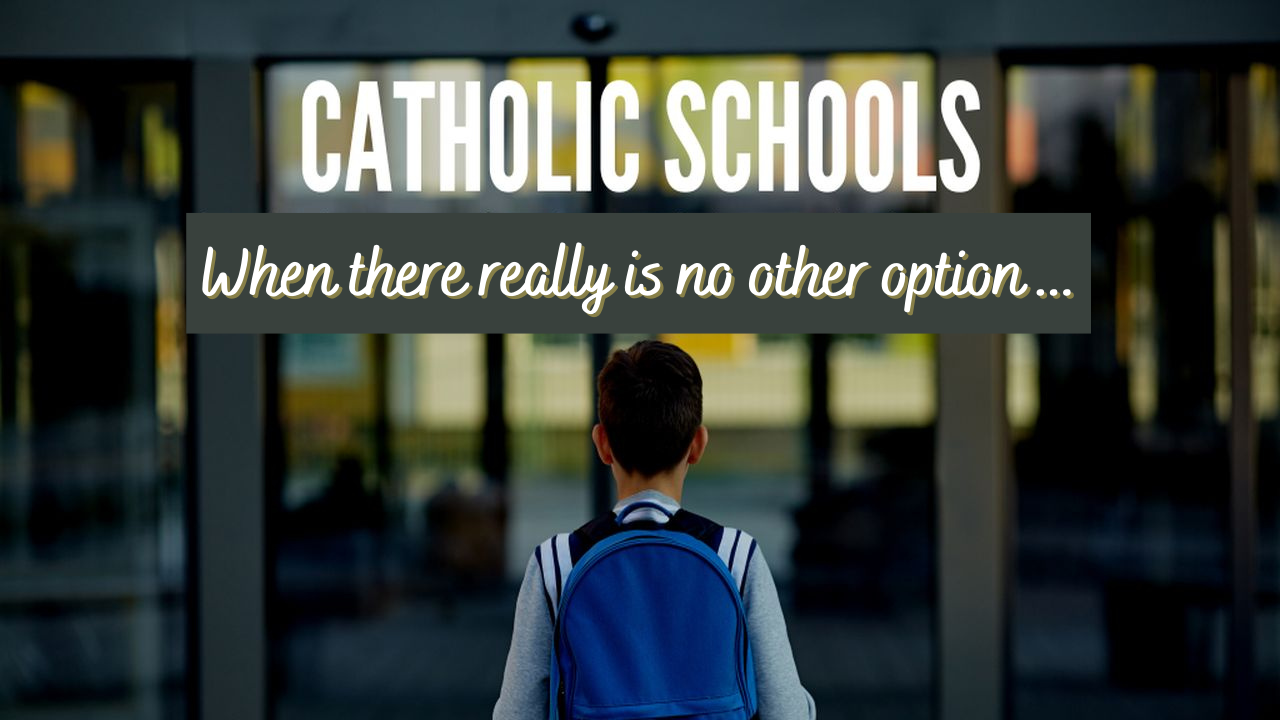 These days, when our children transition from their junior/primary school to a secondary school (it’s happening again in our household right now), parents get a communication from the Local Education Authority with a list of the secondary schools in their jurisdiction and we indicate our first and second preferences.

That’s what should happen…

If you live in an area under the Nottingham Catholic diocese, however, and your child has been to a Catholic primary school, your options may be unfairly reduced to effectively Catholic secondary schools only, without authority.  As a matter of fact, this is the case in the whole of England, as the England Catholic Education Service does not agree to any Catholic primary school being listed as a feeder school to non-Catholic secondary schools where a Catholic option is within reasonable distance.

Atheism UK has been contacted by Dr Sara Thompson, a mother of three primary age children whom she sent to her nearby primary school, which happened to be Catholic. She’s not Catholic and, very reasonably, assumed that it wouldn’t matter much if their infant and junior schooling was delivered by a Catholic school.

However, the head of the diocese’s Academy Trust, Neil Locker, said neither they, nor the Bishop, would allow any Catholic primary school to associate as a feeder to any non-Catholic secondary school, because the relationship between primary and secondary schools “is fundamental and sacrosanct”.

Considering that many of the pupils were not placed in a Catholic primary school for reasons of religious affiliation, this is nothing more nor less than an attempt to cling on to, and to further indoctrinate, our children on false pretences.

Frustrated by the diocese’s influence over school choice, Dr Thompson is taking legal action with the Office of Schools Adjudicator (a body which helps to clarify the legal position on admissions policies) seeking to challenge these decisions.

She says, “I am doing this because many parents were unaware that they were being implicitly tied into a rigid sort of ‘contract of Catholic faith education’ that, effectively, means parents forgo their choice of non-Catholic secondary schools. This was not an informed decision for a substantial number of parents. Being locked into a consumer or employment contract with no exit strategy would never be accepted in any other area of society.”

In this particular case, there’s two things that are obviously wrong. The children at a Catholic primary are being discriminated against compared to pupils at other primary schools in the area who have a genuinely free choice of secondary school. Parental wishes to send their children to a non-faith secondary school are being denied. These are people who have not committed to a Catholic education but are being trapped into one.

Surely, in today’s increasingly irreligious UK*, this calls into question the whole concept of faith schools. It raises questions about academisation and the decreased role of local authorities in admissions.

Research shows that half of former community schools now in multi-academy trusts have some form of religious governance. If faith-based academy trusts can insist on controlling the admissions of other schools as well as their own, many more families will be locked into faith-based education against their will.

We only have to look at the history of sectarianism in Northern Ireland to see what the consequences of that might be.

Atheism UK is taking action on this issue and we would like your help.

Please write to your MP (proforma letter linked) and donate to her expenses account: https://www.crowdjustice.com/case/stop-religious-discrimination/

*Half of the population do not regard themselves as belonging to a particular religion, More than half (56%) of those who belong to or were brought up in a religion never attend religious services or meetings. Just 14% attend weekly. (British Social Attitudes Survey)

Is the CofE About to Tear Itself Apart?