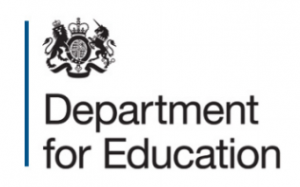 This autumn, the government proposed lifting its requirement that new faith schools must offer half of their places to children of other religions or none. This would allow faith schools to select entirely on the basis of religion.

Why are the Government Consulting?

The Government say they are consulting about:

“allowing new faith free schools to select up to 100% of pupils based on their faith, and introducing new requirements to make sure that faith schools include pupils from different backgrounds.” Why We Are Consulting

Since 2007, the limit has been that up to 50% of pupils can be selected based on their faith.

“Faith schools make up a third of all schools in England. The government currently applies a 50% cap on the number of children admitted by faith for oversubscribed new free schools, in order to foster inclusivity. However, the evidence suggests that this rule does not achieve inclusivity and in fact prevents some high-performing [Catholic] faith schools from expanding or establishing new schools. We want to deliver real inclusivity in schools, while increasing the number of good school places, including at new faith schools.” ‘Schools that Work for Everyone’ online consultation form, pg 6 of 8.

Reply to the consultation by 12th December 2016

Either complete the British Humanist Association template letter (highly recommended as the BHA make some good points) or the Department of Education online response page (probably only Questions 1-4 and 31-34 require answers).

For further information on this topic see below.

The Fair Admissions Campaign (FAC) strapline is “Let’s open all state-funded schools to all children, without regard to religion”.

The FAC wants all state-funded schools in England and Wales to be open equally to all children, without regard to religion or belief. FAC believe that faith-based discrimination in access to schools that are funded by the taxpayer is wrong in principle and a cause of religious, ethnic, and socio-economic segregation, all of which are harmful to community cohesion.

The FAC say that “Polls have consistently revealed that the vast majority of the public – as many as 73% – oppose religious selection of any kind in state-funded schools”. As evidence, FAC cites a poll conducted in November 2012 which asked “To what extent do you agree or disagree with the following statement? State funded schools, including state funded faith schools, should not be allowed to select or discriminate against prospective pupils on religious grounds in their admissions policy.” 50% of the public strongly agreed with this statement whilst 9% strongly disagreed. A further 23% slightly agreed and 10% slightly disagreed. Therefore 73% were in net agreement whilst 18% were in net disagreement with the statement. A further 9% didn’t know.

FAC have a map of all mainstream state funded schools in England with secondary age pupils.

the move [to scrap the 50% selection criteria] takes the education system in entirely the wrong direction, at a time when we should be encouraging more integration not less.” 13/9/16

“the FAC’s research shows an even more unfortunate picture – segregation by faith and social class has been added to that of ethnicity. And the worst culprits seem to be the very institutions that claim to bring us together – religious schools. Furthermore, the situation is one of continual decline as more and more faith schools, with free and independent admission policies, are established to balkanise children’s education.”

In June 2014 Cantle wrote in the Telegraph that:

“[in some segregated schools] students will emerge into a diverse world ill-equipped “to live and work in a multicultural, multi-faith and democratic Britain” – to use a phrase from the recent “Trojan Horse” Ofsted Reports.”

and he expressed doubts over the Catholic lobbying of Government:

“the government’s return to schools segregated entirely by religion is “dreadful”.”

However, the TES report that more broadly Mr Barber welcomes the plan to lift the government cap on places offered on the basis of religion. For the six years that the cap was in place, the CES chose not to open any new schools for six years. It claimed that turning away Catholics was against canonical law. Barber said:

“If we create a new school in an area where there’s a large demand from Catholic parents, and we’re saying from day one, ‘You can’t come to this school, because you’re Catholic,’ the Catholic community would not understand that,” Mr Barber said. “We would then rupture the connection between the school and the parents, which undermines the whole purpose.”

If the cap is lifted, up to 40 new Catholic schools will be opened.

MPs would vote against the reforms

The government will face a rebellion from MPs and education bodies who claim the plans will fuel “social segregation”. 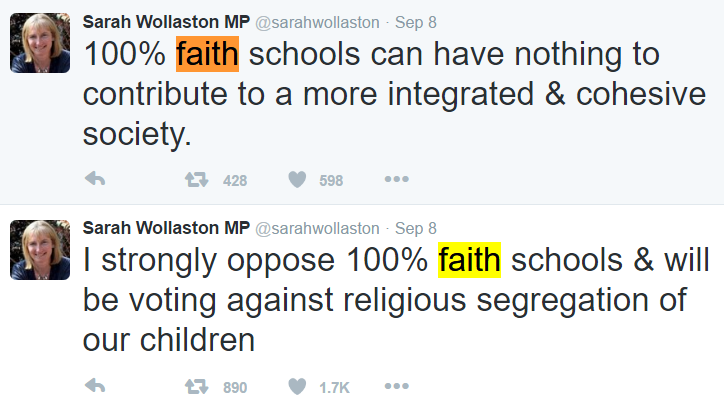 Sarah Wollaston, Conservative MP for Totnes, said that she would vote against the reforms, warning of the impact of increased selection in faith schools.

She posted on Twitter: “100 per cent faith schools can have nothing to contribute to a more integrated and cohesive society.”

SchoolsWeek reported on 30th September that BHA analysis of school census data from earlier this year shows the move will increase segregation in schools. It reveals that schools which can choose their entire roll based on pupils’ faith are less diverse than those subject to a 50% cap on the number they can admit based on religion. 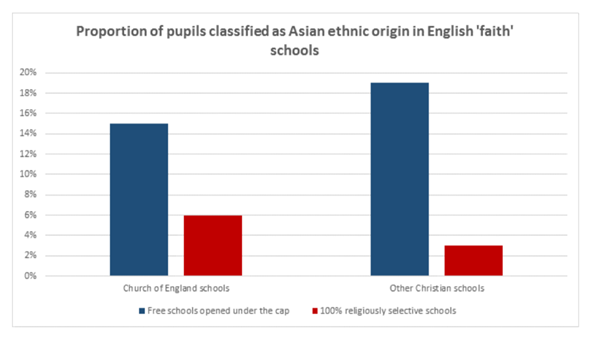 “run entirely counter to the evidence, which clearly demonstrates that the 50 per cent cap has dramatically improved ethnic and religious integration in religious state schools”.

The BHA has also sought to challenge a claim in the green paper that the cap has been ‘particularly ineffective’ in minority religious schools, such as those of Muslim, Jewish, Sikh and Hindu faiths. It said that while the claim was “largely true”, the research did point to a “slight improvement” in diversity. It said that Muslim free schools, for example, had an intake that was 80% Asian, while Muslim schools that were fully selective had an 86% Asian intake.

However Paul Barber, director of the Catholic Education Service said:

“the [BHA] research added little to the debate around the 50 per cent admissions cap”.

“The figures [in the BHA analysis] fail to mention the country’s second largest provider of education, the Catholic Church, whose schools can select 100 per cent on faith and are the most ethnically diverse. Also, the research fails to distinguish between the many different ethnicities that can exist in the ‘of white origin’ group. For example in Catholic schools you would come across tens of thousands of Polish, Eastern European, Irish, Gypsy and traveller pupils.”

The BHA analysis makes no comment about the Roman Catholic schools which account for 312 out of 403 100% religiously selective secondary schools and which have 73% white ethnic origin pupils. Presumably, this was not commented on by the BHA because there are no Catholic free schools, at the moment.

I agree with Barber, the BHA research does not distinguish between the many different ethnicities in the ‘of white origin’ group, but I don’t think this changes the BHA argument.

The BHA summarise by saying that the Government green paper proposes (among other things) to lift the 50% cap on religious selection amongst Free Schools (i.e. any new schools that have opened over the last few years) and instead allow them to religiously select 100% of places. BHA say they did this in part because they said there is no evidence it has worked to increase mixing amongst minority faith schools. This is largely true, say the BHA, but in making that argument they have ignored the evidence demonstrating that the cap has had a positive impact in Christian schools.

The BHA continue: the Government’s figures have limited usefulness because the table doesn’t compare the ethnic make-up of each type of school to the make-up of its local area, which is an important detail when assessing how well they are contributing to integration in their particular communities. Finally, the BHA say that: different types of religious school tend to be located in different areas so don’t have the same local populations and, what is really needed, is to compare these figures to the figures for how diverse 100% religiously selective schools are (i.e. the schools that predate the existence of the cap).

An atheist all my life. Atheism UK President (June 2014-)

1 in 10 British Muslims agree: ‘Organisations that publish images of Prophet Mohammad deserve to be attacked’

Faith-free Education: Are you a graphic designer?

What is Humanism? How do you live without a God?