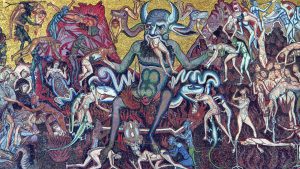 Recently on our @AtheismUK Twitter feed we posted the following meme: OK, it is a bit of a silly meme, after all we don’t believe that there is a god…

Whilst half of Brits are Christian, four in ten don’t belong to any religious group. Almost six in ten  of 19-24 year olds are non-religious.