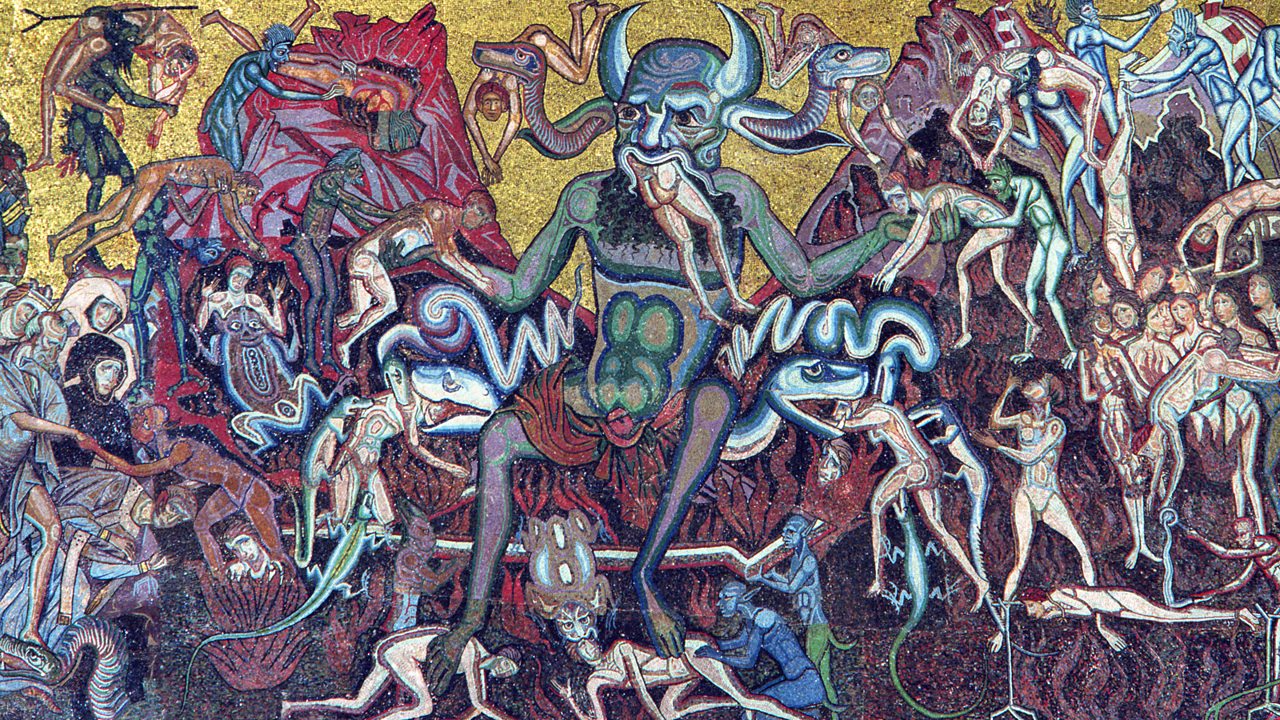 Recently on our @AtheismUK Twitter feed we posted the following meme: 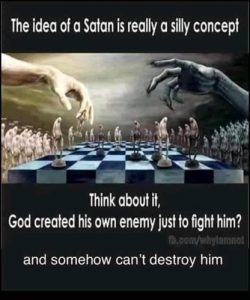 OK, it is a bit of a silly meme, after all we don’t believe that there is a god nor a Satan, but it does spark some conversation about the silliness of the whole concept. Well, we got a reply from a Tweeter called @sallyforthe who replied:

Satan was once a perfect angel. He made himself an enemy. “But each one is tried by being drawn out and enticed by his own desire.  Then the desire, when it has become fertile, gives birth to sin; in turn sin, when it has been carried out, brings forth death.” James 1:14,15.

Firstly, always a bit of a mistake replying with a Bible verse because, see our Video Podcast Episode 2: The Bible… Fact or Fiction, we don’t really take the Bible all that seriously as we can demonstrate how almost all of it was simply made up! And given how fantastical this story is there is no question that it is made up. But, some people seem to take this seriously… However, once you actually examine the answer, it does not make sense of the point being made in the meme. So the reasons for Satan’s fall are irrelevant and the point stands. Why did the god create his enemy, knowing that he would become its enemy? And given the god being supposedly all powerful and wanting to destroy all evil, why does? As I said, it makes no sense and as the meme states it is just another silly concept in Christianity. Think about it…
Tags: Bible, Counterapologetics, god, James, logic, satan, sin