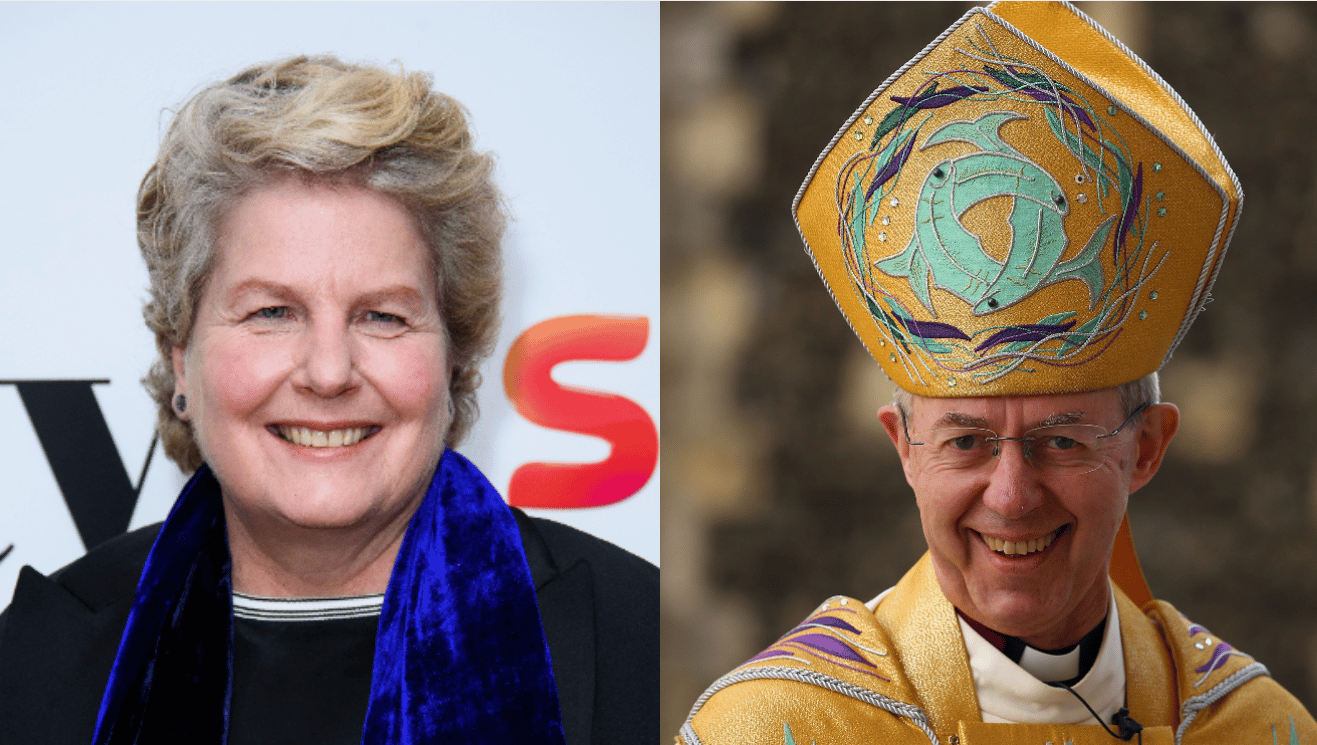 The latest Lambeth Conference 2022, led by the Archbishop of Canterbury, Justin Welby, re-affirmed that homosexuality is a sin. Atheism UK’s recent blog gives a brief overview and comments on the conference.

A welcome and timely intervention has come from famed comedian, writer, broadcaster, author, political and equality activist, Sandi Toksvig. Justin Welby has been rightly admonished by Sandi Toksvig on the Anglican Church’s ignorant and outdated attitudes to homosexuality. By extension, this applies to all of the attendees at the Lambeth Conference who upheld this motion.

Sandi Tokvigs’ open letter to Justin Welby can be seen on several media platforms, but here is a link to it on Twitter.

Toksvig rues the Conference’s lack of progress and Welby’s abject refusal to consider re-appraising biblical text that is open to various interpretations depending on one’s attitude. Noting the current crises facing the world, she questions why the Conference should even choose to focus on gay sex as such a priority.

In terms of its impact upon people’s mental health, Toksvig cites the findings of a 2021 survey by a young people’s LGBTQ+ charity, Just Like Us. This noted a greater prevalence of suicidal ideation and self-harm among LGBTQ+ young people than non-LGBTQ+ young people. She contrasts the Conference’s position with the professed love enshrined in Welby’s role and suggests that this sort of bigotry is harmful for LGBTQ+ people, citing the death threats she has received over the years from evangelical Christians.

Toksvig bemoans Welby’s stuckness and apparent refusal to consider that we can grow and learn from our experiences down the millennia in better understanding human behaviour. At the end of her letter she invites Welby to get in touch for a meeting, in the hope that she might be able to persuade him to rethink his position. In a swift response, Justin Welby wrote back to accept Toksvig’s invitation and assured her he would be in touch soon. He acknowledged the threats she has received, deeming them sinful. He also acknowledged the ‘complicated’ nature of the Anglican Communion’s group membership, but made no further comment on the Conference’s position on gay sex. We will watch with interest Toksvig’s response to their eventual meeting.