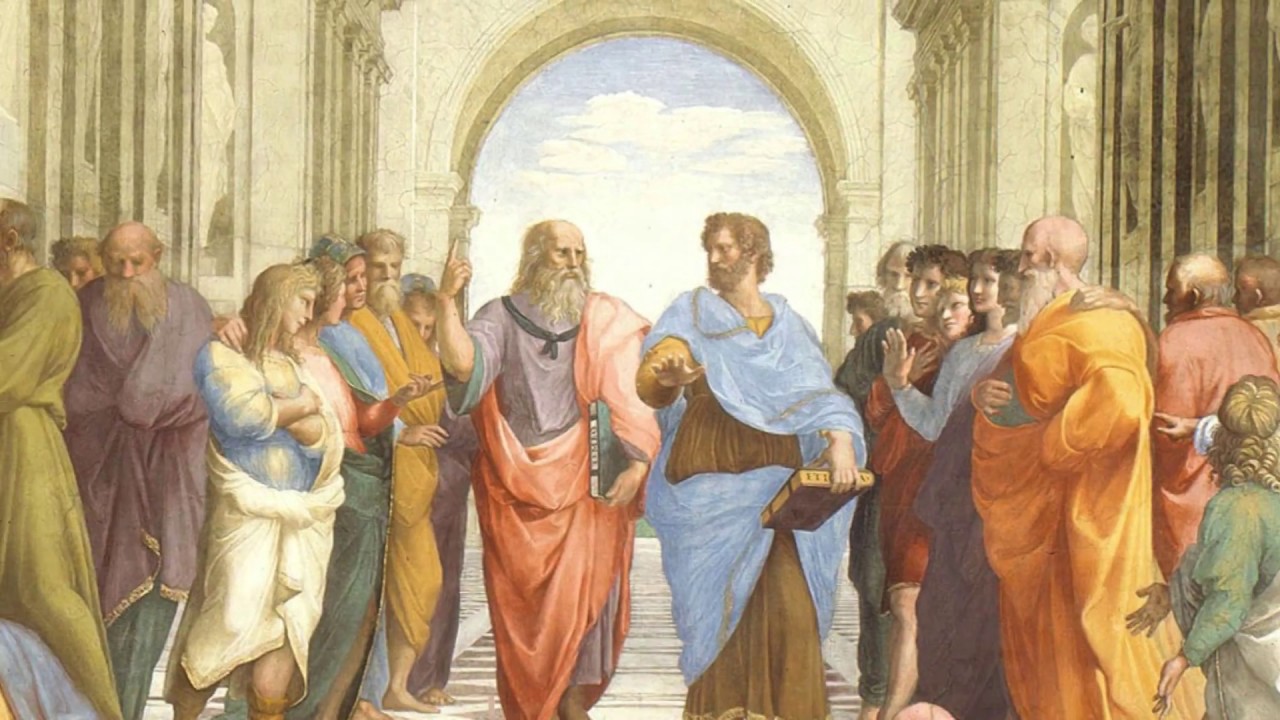 Why is the ‘Myth of the Absolute’ relevant to our lives?

How often have you come across a theist who argues that absolute rules of morality are necessary if morality is to be other than subjective and variable? God is absolute and that God is the source of all meaning, truth, justice, love, etc?

Theists tend to be committed to the idea of the absolute. It may be hidden or wrapped up in other ideas; or it may be overt. Here I argue this absolute thinking about the human condition is wrong and dangerous.

So where can we see it coming from?

Plato is famous for his cave. In this view of reality, Plato compares the human understanding of reality with that of prisoners in a cave who are only able to view shadows reflected on the back wall of the cave. The shadows are created by people or objects in front of a fire outside the cave.  He put forward the idea that the real or ideal was outside the cave, but that humans only perceive a shadow or imperfect imitation of reality. He and those who came after him went on to develop the idea that there existed an ideal, or absolutely perfect reality, to which we humans have only partial access.

Plato’s idea of the ideal or perfection was taken up by Christianity and later Islam. For them God embodies the ultimate and absolute, leaving humans struggling in imperfection. For Catholics and ‘Puritans’, too, the concept has been extended to purity, especially sexual purity. In the case of Mary, the perfection has been interpreted as virginity: she even gave birth while still a virgin according to their Jesus birth myth.

Absolutes can be said to exist in mathematics for example, but mathematics is a kind of human language used to describe and manipulate numbers. This illustrates my point: that the idea of the absolute is a concept resident in our heads, but not in concrete reality.

We now know Plato was both right and wrong; we do only perceive reality partially. For instance, we see a wall as a solid thing, but science tells us it is in fact mostly empty space. This space is not visible to us because our eyes are limited in the light waves they can perceive. Quantum mechanics further shows that some things can ‘quantum tunnel’ through such apparently solid objects.

However, Plato was importantly also wrong about the ideal. In spite of being called an ideal, which implies it exists as an idea only, it is all too commonly thought that the ideal actually does really exist in the supernatural world.

For some objects this notion may be harmless. An example would be the idea that the perfect chair actually exists somewhere of which all other chairs are just a pale reflection or imperfect copies. There is no evidence such a chair exists, but the idea appears more fanciful than harmful.

But if we review the ‘ideal’ notion as regards abstract ideas, such as love, justice, beauty and truth, we descend rapidly into unreality. These are all human concepts; they are words humans use to describe some aspect of aspiration, experience, or opinion. Nobody has ever actually demonstrated that perfect or absolute love, justice, beauty, truth, etc., have an independent real existence; independent that is, of the ideas in our minds.

Harm of the Absolute

We can see the harm this notion of the absolute causes when religious people employ ideals of perfection and the absolute as they seek to explain and justify the existence, and importance of their God. For many of them God is the absolute truth, justice and love, the eternal, all powerful, all compassionate, all knowing and omnipresent. These notions are absolutes and perfections, and their concept of God calls for these superlatives and represents them in their theology. The absolute nature of God’s perfection makes sense to them; it is for them a comfortable concept to bask in. It not only justifies faith and worship, but it is also for believers the supreme authority over us mere imperfect beings. The foundation of meaning: everything and every idea, and every human, derives its status and worth from being created by God in the image, or as a reflection, of God, and from being controlled by God.

But there is not a shred of good evidence that such absolute beings or values exist. The damage this thinking does becomes clear when these ideas translate into totalitarian policies to enforce religious absolutes. Whether this is Puritans abolishing Christmas or the Inquisition torturing people to make them confess for the good of their own souls. Nowadays, we see it in the violence of Islamic absolutism against not just apostates, gays and dissidents, but against anyone criticising the Prophet and against the perceived infidel West.

Consequences of the Absolute

Concepts of the absolute are used to justify eternal torture and punishment in Hell for mere finite alleged ‘sins’. They justify an autocratic and hierarchical approach to human affairs which allows no room for diversity, disagreement, democracy or consent. Such thinking therefore paves the way for absolutisms such as the inquisition, fascism and the Islamic extremism of ISIS, Boko Haram, Al Shabaab and the Taliban. Evidence shows that there is a ‘hinterland’ of support, sympathy, and condonation for such extremism among Muslims in the UK, and it is among these people that terrorists recruit new members.

I came to see this more clearly when dialoguing with Muslims and can be seen, too, among Christian fundamentalists. I noticed them referring to God as representing absolute justice and as the actual absolute fountainhead of meaning and value. Some Christians also argue from the presuppositionalist position. That is, Logic itself, and science, as well as morality were created by God, and that using logic to debate Christianity means one has already accepted God by using His logic. This bizarre notion is another fruit of the absolutist and creationist mindset.

Naming this error can be a revelation to believers: an actual atheist revelation, without the help of an angel.

Guy Otten is a member of the Atheism UK Council

What does your MP believe?